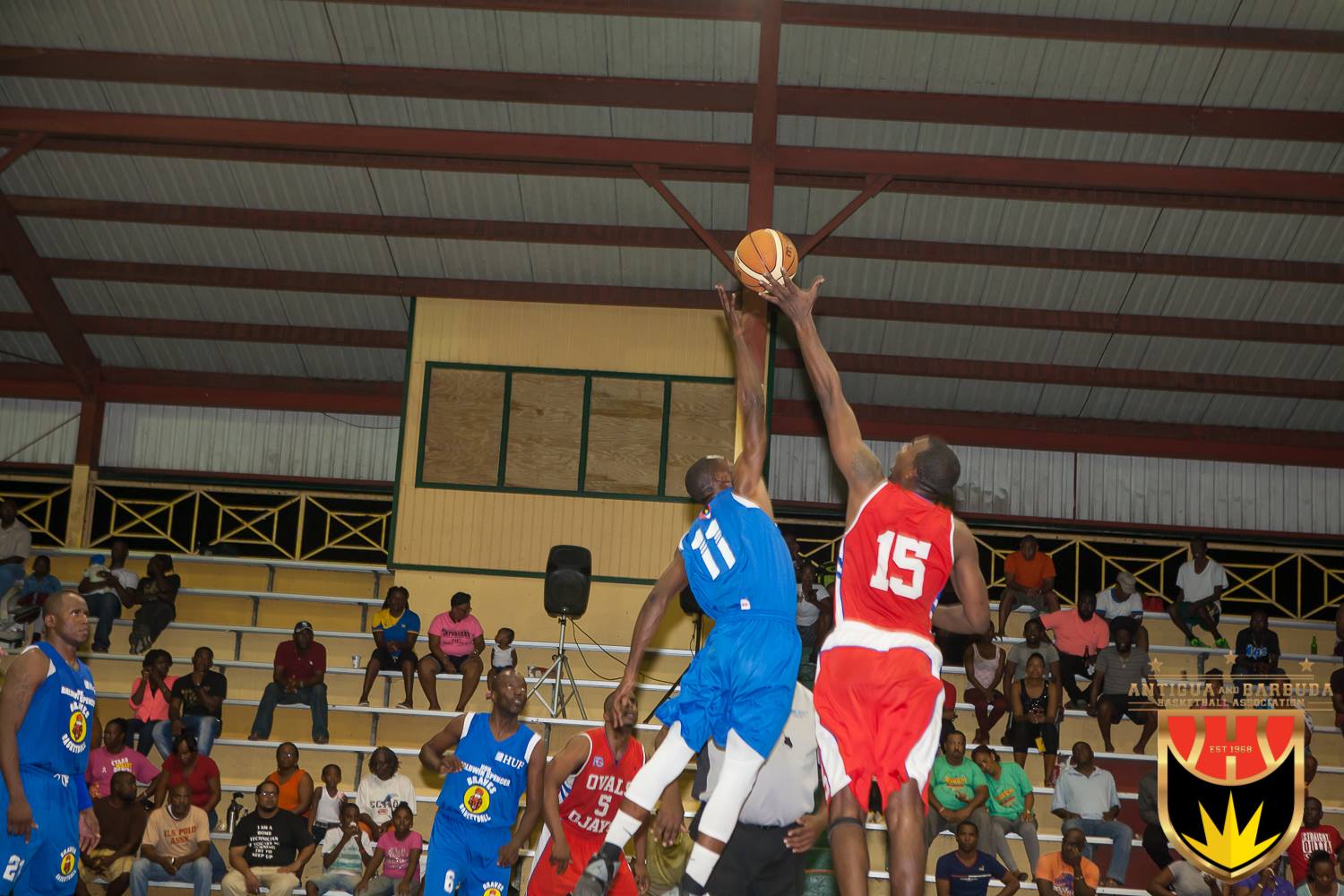 Defending champions F&G Trading Cuties Ovals Ojays are right on their way to clench the double for a second consecutive year after running on H.U.F Baldwin Braves in the division one semifinals of the Antigua & Barbuda Basketball Association playoffs.

The guys in red swept Braves 2-0 in the best of three series winning both games in grand style showcasing a true championship team performance.  In game 1, Braves dominated the defending champions throughout the first half but as Captain Bryan ‘Hollywood’ Matthew said in a postgame interview, ‘never doubt the heart of a champion’.  Ovals dug deep and ran a clinic on the westside team ending the match 68-61.

Kareem ‘ Macky ‘ Edwards electrified the fans at JSC with a 17 points, 5 rebounds and 3 block shot performance.  He was assisted by Derricion Anthony with 11 points, 9 rebounds and 5 assists and by Olivee Morris with 11 points.  Captain Bryan ‘ Hollywood’ Matthew contributed with 10 points and 6 rebounds.

Lennox ‘Termite’ McCoy of Braves had 22 points and 9 rebounds. Damien ‘Duckman’ Floyd assisted with 10 points and 7 rebounds while Terry Roberts grabbed 12 rebounds in a losing effort.  It was do or die for Braves on Sunday at JSC but the westside team could not find an answer to the Ovals men zone defense thus losing the game 76-64 and exiting the competition.

It was another historic moment in Antigua Basketball as Sanipro Northside Stingerz in their rookie year  advanced to the finals of the division one playoffs.  Stingerz comfortably swept Freetown Travelers, 80-58 on Thursday and 50-44 on Sunday to secure the first spot in the finals without the help of national player, Mario Davis and  the Cuban giant Abraham Cruz who both suffered injuries.

The finals will begin on April 24th at 8 at JSC in a best of five format.