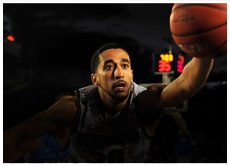 Ahkimo continues to struggle to get that first win as they fell to Freetown Travellers 62-55, on Saturday night at JSC in division one action of the Antigua Barbuda Basketball Association league.

Travellers who got their second victory in their last two outings were led  by former national players Morlon ‘Little’ Davis with 18 points, 11 rebounds and 5 steals and Teon Joseph with 13 points and 5 assists.

Daviae Aaron had 13 points, 7 rebounds and 6 assists for Ahkimo.  Carlton Albert contributed with 12 points and 10 rebounds, Dashawn Meade also had 12 points in a losing effort.

Yorks Crushers defeated Global Bank of Commerce Hawks 73-67 in the other double header on Saturday.  Crushers’ Orlando Morris led the way in scoring with 19 points.  He was assisted by Decastro Walbrook with 15 points and 7 rebounds and Jamie Harris with 13 points and 15 rebounds.

Reginald Joseph had a game high, 22 points and 8 steals for Hawks.  Buel Henry chipped in with 12 points and 7 rebounds respectively.