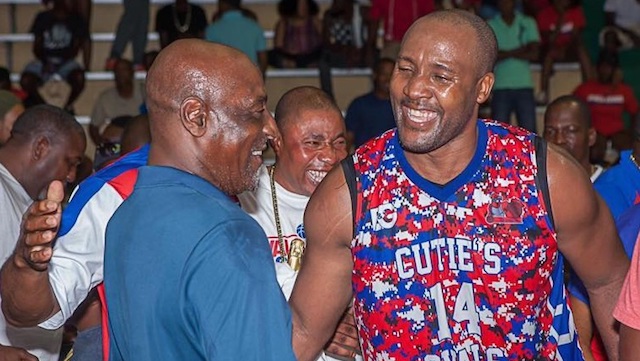 The Antigua & Barbuda Basketball Association (ABBA) has expressed appreciation for two of the game’s stalwarts who have announced their retirement from competition.

Former national players, Bryan “Hollywood” Matthew and Marlon “Buju” Charles, made the decision to move away from the competitive side of the game following the exit of their team, F&G Trading Cutie Ovals Ojays, from the basketball association’s playoffs on Sunday.

“I’ll also like to express my gratitude and the gratitude of my executive to two gentlemen whom, I think, demonstrate everything we love to see in, not only basketball but in people in Antigua & Barbuda in Bryan ‘Hollywood’ Matthew and Marlon ‘Buju’ Charles. I think the both of them really exhibited the traits of good sportsmanship, good attitude, humility and everything we’d like to see our youngsters use as an example,” he said.

Matthew went on to encourage the players to find other avenues through which they can continue making a contribution to the sport.

“Buju continues to contribute by being a referee and a team manager for our youth teams and I am sure Bryan will find ways he is comfortable with in terms of contributing to basketball even further and to them, I say, thank you very much, it is much appreciated and Antigua & Barbuda really owes them a debt of gratitude,” he said.

Ojays exited the playoffs following a 2-1 series loss to former champions Flyers. Flyers came from a game down to record back to back victories, winning game three by an 88-84 margin on Sunday at the JSC basketball complex.