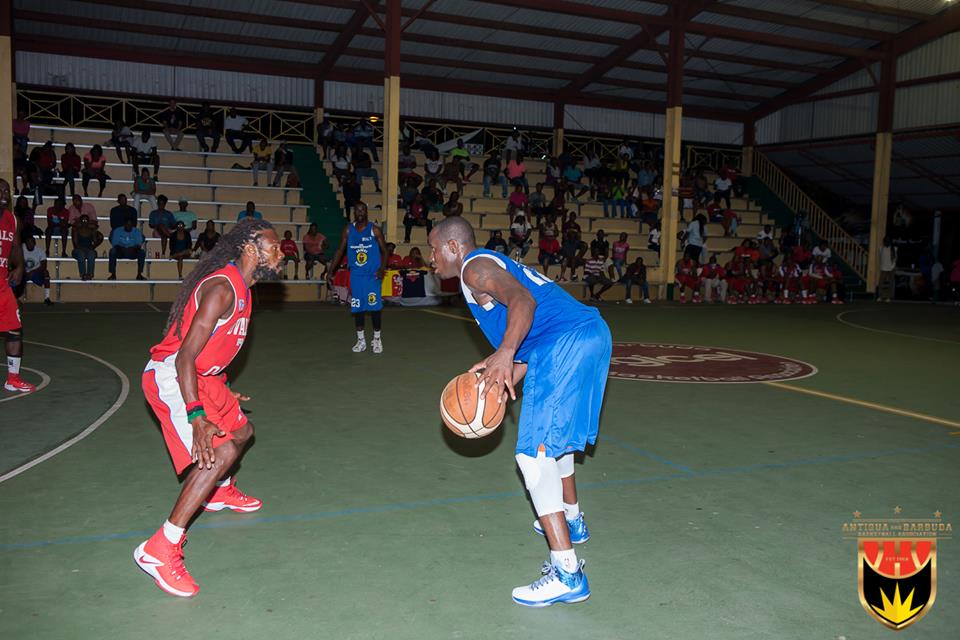 Hands Up Foundation Baldwin Braves devastated defending champions, F and G Trading Cuties Ovals Ojays, defeating them 71-70 with a three point bomber in the dying seconds of the matchup.

Lennonx ‘Termite’ McCoy earned another nickname as Clutch as he scored the game winning basket for Braves giving the champs their second straight loss for the season.

McCoy  ended the game with 15 points and 9 rebounds but it was Xavier ‘Xman’ Meade who led the team with 26 points.

Marlon ‘Buju’ Charles of Ovals had 29 points and 10 rebounds while Neville Martin had 10 points and 7 rebounds.

Flyers Basketball also picked up a huge victory against LJ Northside Stingerz, 88-79 giving them their first loss for the season.

Despite a 23 point, 7 rebound and 5 assists effort from Chaz Samuel and a 22 point and 10 rebound effort from Coy Quinland, Stingerz could not put away the Orange men.

Flyers  managed to push the game into overtime and gained some much needed momentum to pull off the win.

Led by Keroi ‘Dragon’ Lee with 26 points and 12 rebounds the Orange men salvaged a much needed win as they keep their sights set on the playoffs.

Steven Matthew also of Flyers had 19 points and 6 rebounds while teammates, Adonis Humphreys and Kenya Achom chipped in both with 10 points but with Humphreys grabbing 18 rebounds.

Mahijah Davis had 14 points, 14 rebounds and 5 assists while Felix Hamilton contributed 12 points in a losing effort.

Morlon ‘Little’ Davis had 26 points and 7 rebounds while Teon Joseph chipped in with 9 points, 6 rebounds and 5 assists in a losing effort.