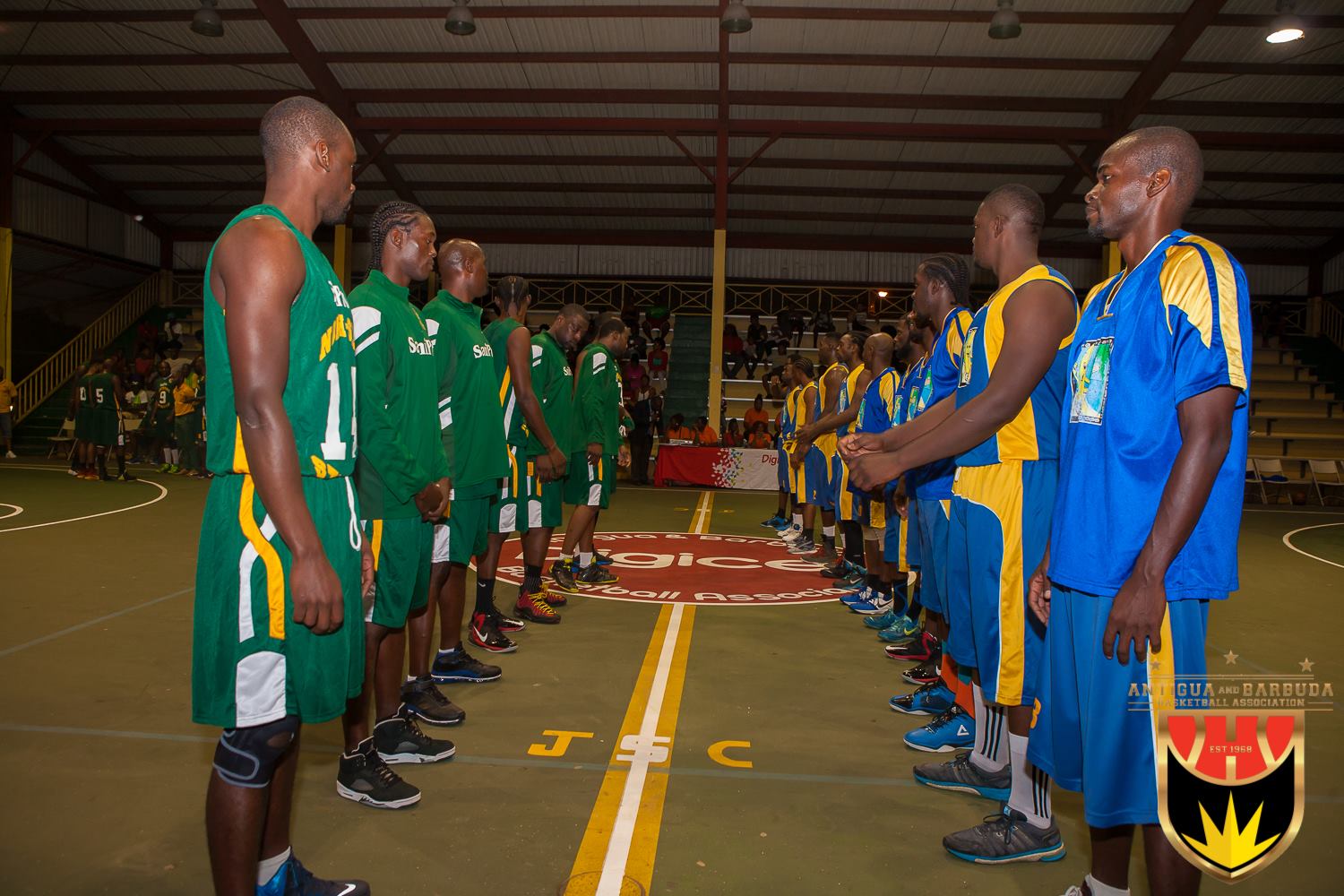 The 76-68 victory was a huge triumph for the westside team as both  teams had a longstanding rivalry coming up from the second division and had much to prove now entering what many call the ‘big boys league’.

Stingerz however came into the game with an edge over Express boasting an undefeated record and a roster sporting multiple national players such as Chaz Samuel and Mario Davis, brother of fellow Stingerz, Mahijah Davis.

McDonald with his 17 points helped pushed the team over the edge as it seemed like all hope was lost when Xavier Meade was fouled out early into the last quarter.  He was assisted by George Francis with 12 and newly signed player, Shawn ‘Gizmo’ Williams with 11. League MVP of last season, Bryan ‘Hollywood’ Matthew picked up where he left off last season with 26 points and 20 rebounds.  He was assisted by fellow veteran, Marlon ‘ Buju’ Charles who had 17 points and 10 rebounds respectively.

Outlaws’ Kevin Roberts had 14 while Shamarie Southwell chipped in with 12.