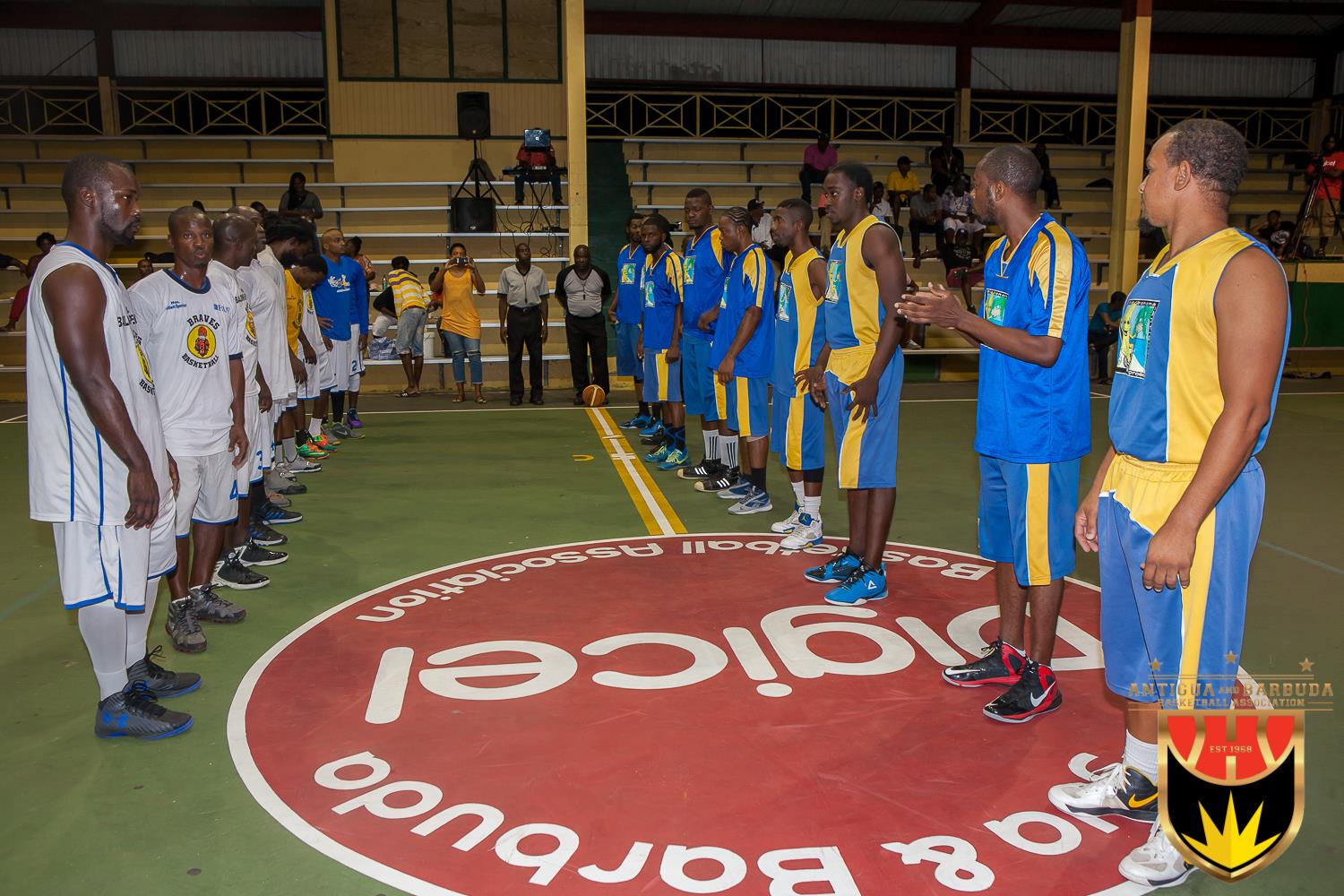 Flyers basketball continued their undefeated streak on Sunday night demolishing Global Hawks 81-57 at the JSC Sports Complex.   The guys in Orange continue to prove that they are a force to be reckoned with and a true cohesive unit.

Keroi ‘Dragon’ Lee scored 12 points and pulled 12 rebounds for the victors.  He was assisted by Graham Edwards who also had 12 points and 3 steals and Russell Daley with 12.

Hawks’ Steadroy ‘Happy’ Graham had a game high 21 points.  Mark Samuel chipped in with 10 points, 7 rebounds and 6 assists in a losing effort. H.U.F Baldwin Braves upset neighbors and longtime rivals Big Banana Express in the feature match on Sunday 66-63.  The Grays Green darby was a true nail biter leaving fans for both teams in awe.  But it was the guys in white who found the will to win despite a magnificent effort by Express’ Kareem Blair who had 16 points and 15 rebounds or George Francis’ 11 points and 12 rebounds.

National player, Lennox ‘Termite’ McCoy led the charge for his team with 24 points and 14 rebounds.  He was assisted by Damien Floyd who also had 24 points and 11 rebounds.