Flyers clipped in ‘The Cage’ 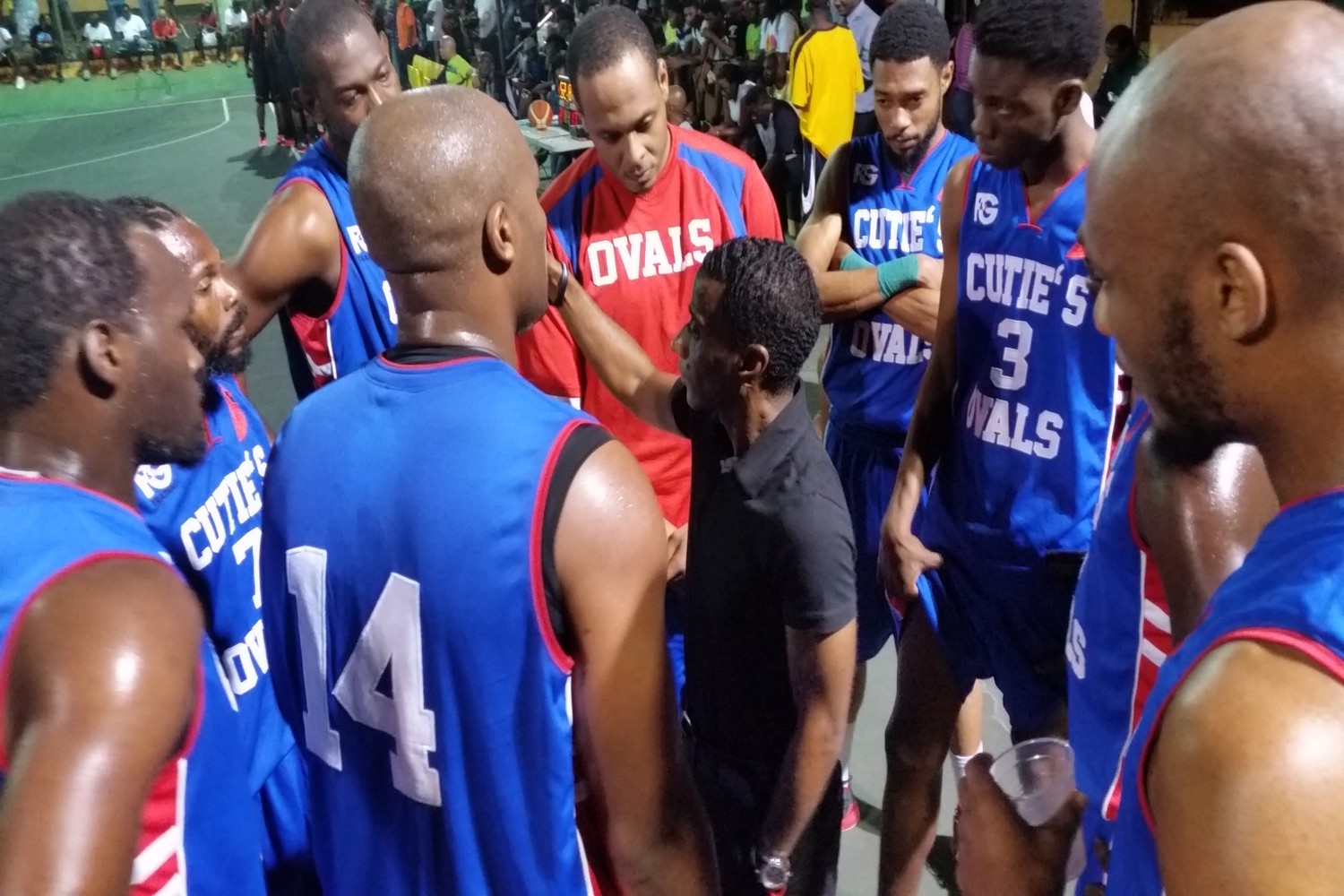 It was pandemonium at ‘The Cage’ on Thursday night as the Flyers Basketball battled the defending champions F&G Trading Cuties Ovals Ojays.

‘The Cage’ also known as the Ovals basketball court was packed with supporters and even a few legends of basketball  such as Harold ‘Bobby’ Joseph, Carl ‘Bowlie’ Knight, Paul Walker (father of NBA Star Kemba Walker), Everette Harris, Wayne ‘Doc’ Harris and ‘Jabba’ Lawrence.  But it was the Ojays who took center stage and clipped the wings off of Flyers 70-67 to continue their undefeated streak.

The young Flyers team fought valiantly throughout the game but could not withstand the pressure and eventually lost the game despite a 17 points and 11 rebounds effort by Keroi ‘Dragon’ Lee.

The defending champions continue to prove that they are the team to beat with a true team performance.  But it was the great efforts of Gerard ‘Dumbo’ Henry that should be commended.  Henry, with his 14 points and lockdown defense on Keroi ‘Dragon’ Lee propelled his team over the hump dubbing him the name ‘Dumbo the Dragon slayer’ by fans.  He was assisted by captain Bryan ‘Hollywood’ Matthew who had 14 points and 16 rebounds. This win now gives Ojays a 5-0 record being one of the two teams in the division one league who have not lost a game. SaniPro Northside Stingerz also found themselves in the winning circle defeating Global Bank of Commerce Hawks 74-52 at ‘The Cage’.  Coy Quinland led the charge for his team with 17 points and 12 rebounds and was assisted by Mahijah Davis with 10 points and 20 rebounds.  Buel Henry scored 26 in a losing effort for Hawks.