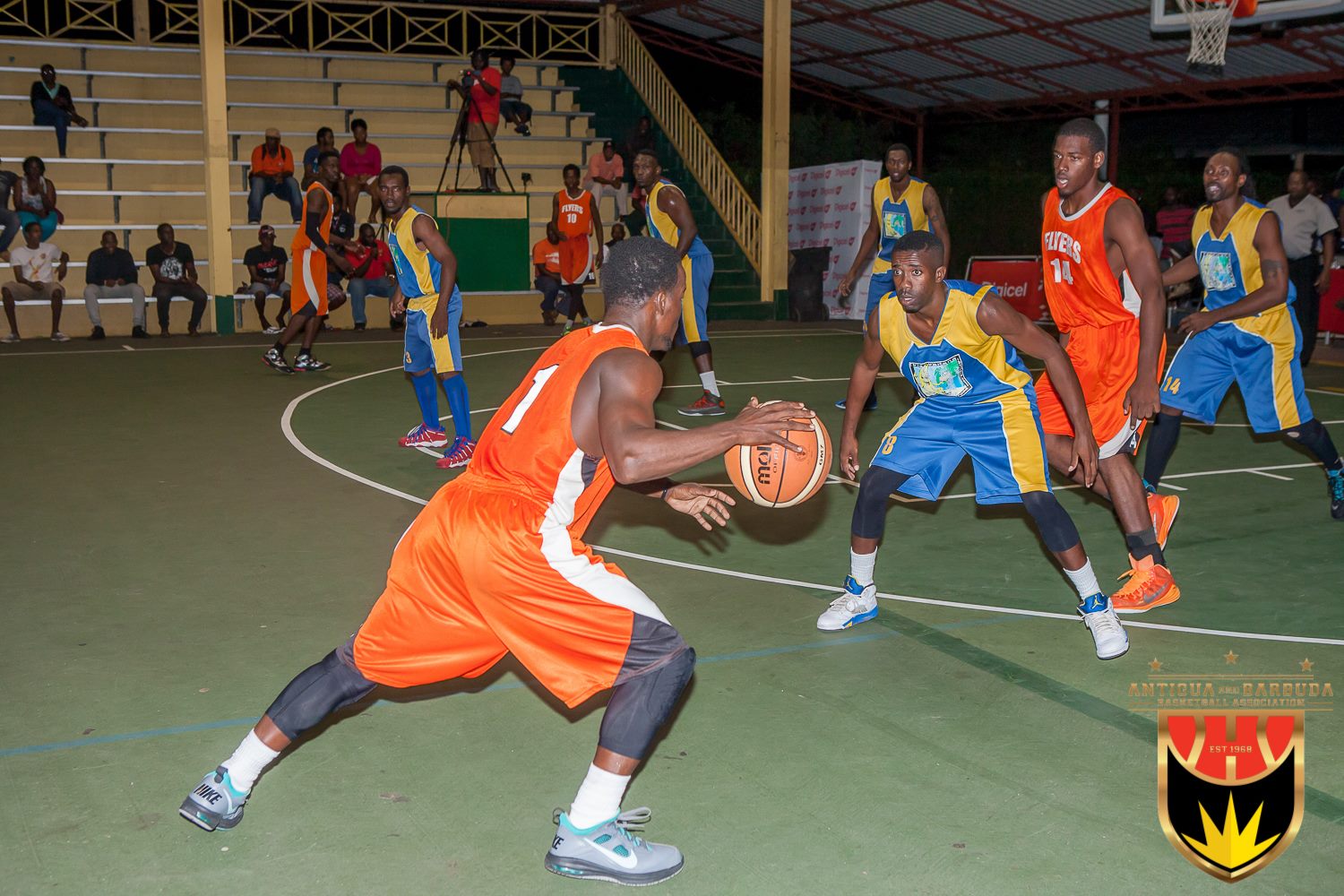 Flyers basketball dominated the newly promoted Big Banana Express tram in the feature game on Sunday night in the division one basketball league at the JSC Sports Complex.  Under the charge of National coach, George Hughes, Flyers defeated Express, 83-56.  In the first three quarters both teams were locked in battle exchanging the lead with big plays but Express had nothing left in the tank as they were out huddled in the final quarter scoring only 6 points. Flyers who sport a young vibrant team were very much counted before the match but proved everyone wrong and sent Express and Coach Adonis ‘Nabba’ Henry back to the drawing board, scoring some 32 points in the final quarter. But it was their lock down defense on star player, Xavier ‘Xman’ Meade that should be commended leaving him to score only 12 points. National player, Kenya Achom led his team to victory with 17 points and 4 steals. He was assisted by the young powerhouse Adonis Humphreys with 15 points and 12 rebounds.

Shawn ‘Gizmo’ Williams of Express had 13 points in a losing effort. Defending champions, F&G Trading Cuties Ovals Ojays banked another victory defeating Global Hawks 90-45 in the first game on Sunday. Following the previous game the champs began a bit shaky but picked it up in the final three quarters to secure the win. Kareem ‘Macky’ Edwards had a game high 38 points for Ojays and was assisted by veteran player Bryan ‘Hollywood’ Matthew with 22 points and 14 rebounds. Hawks’ Steadroy Graham had 10 points while teammate Khalid Shabbaz chipped in with 7 points and 9 rebounds.