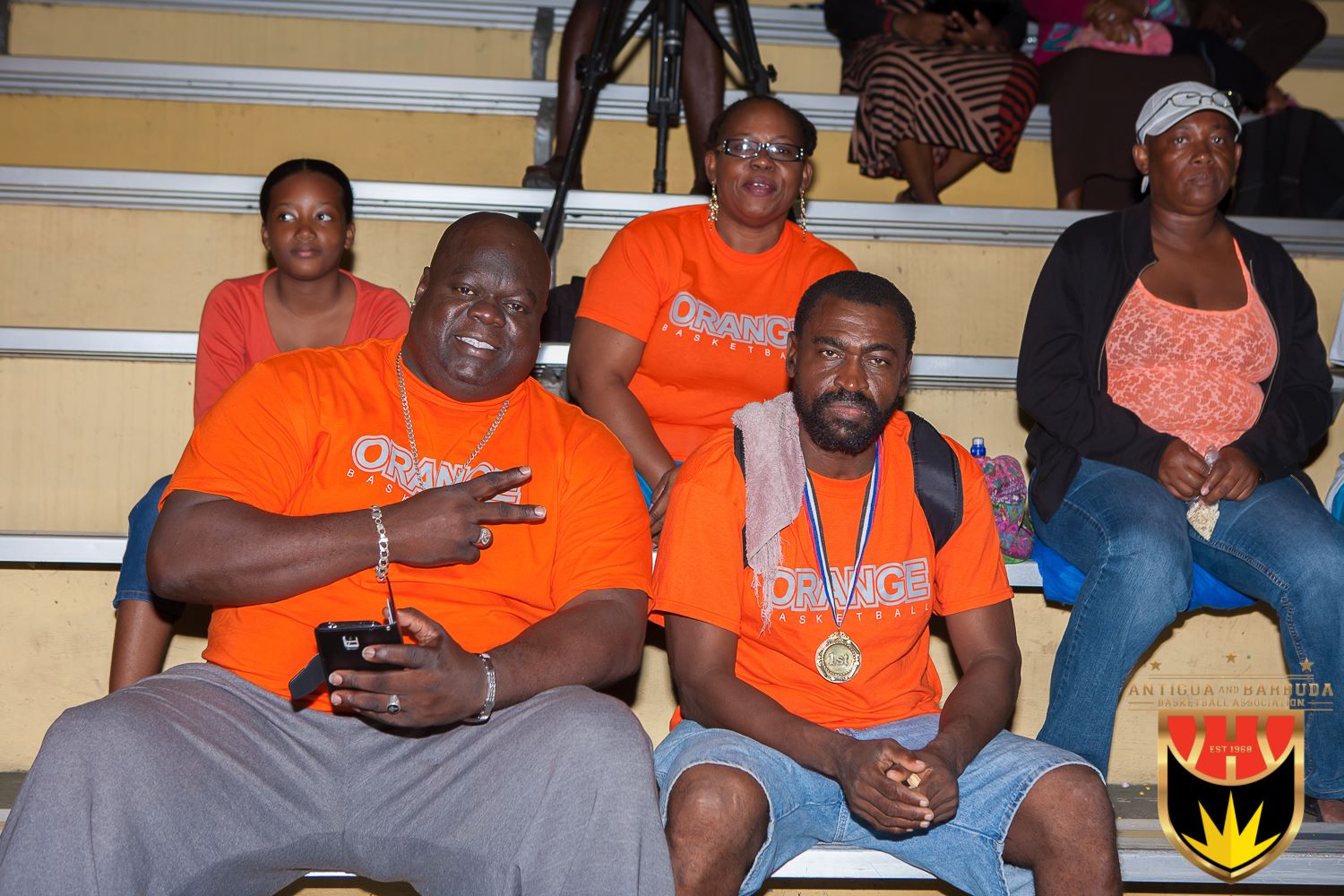 The young and vibrant Flyers Basketball team dug deep and displayed true championship behaviour as they defeated Sanipro Northside Stingerz, 75-70 on Sunday night in the feature game in division 1 at the JSC Sports Complex.  Despite the 20 point effort by Coy Quinland and assistance by Felix Hamilton and veteran Mahijah Davis both with 14 points, “The Swarm’ could not get over the hump that was Flyers. Led by the “Wounded Tiger” Kenya Achom as he was named by fans, with his 24 points, 11 rebounds and 4 steals.  Achom who was bandaged up did not let his wounds deter him and as a true wounded beast displayed an aggressive performance showing why he is the national point guard.  Assisted by the 2015 league MVP Keroi ‘Dragon’ Lee with 20 points and 13 rebounds, the men in orange demonstrated true team work, hustle and overall basketball fundamentals thus resulting in a well deserved win for the orange men. It was celebration time for Yorks Crushers as they finally won their first game of the 2016 season.  Crushers defeated Freetown Travellers 62-60 in an overtime nail biter.  Crushers seemingly had the win wrapped up in regular time but with a forced turnover Travellers capitalized tying the game.  Travelers however could not finish off the men in purple and as a result in overtime, Crushers led by Dandris Connell with 22 points, Kebo Oxford with 13 and a season high 25 rebounds by Jamie Harris secured their first win.  Travellers’ Morlon ‘Little’ Davis had 23 points and 13 rebounds.  He was assisted by Teon Joseph with 17 points and 4 assists.