Hawks Give Potters Their First Loss of the Season 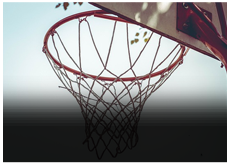 Global Hawks gave Potters Steelers their first loss of the season in division 2 of the Antigua Barbuda Basketball Association league.

With the game being played on Wednesday night at JSC, Hawks defeated Steelers, 72-67 with Mitchel Goodman leading the charge with 18 points.

He was assisted by Buel Henry with 15 points and 8 rebounds and Edgar Obismo with 10 points.

Steelers’ Adrian Lee had a game high 24 points and 9 rebounds.

Mike Mills chipped in with 13 points while Julian Fredericks assisted with 12 points and 12 rebounds.

Andel David grabbed 14 rebounds and had 6 assists and 5 steals in a losing effort.

Raji Thomas led the charge for his team with 19 points and 7 rebounds while teammate, Tristan Jacobs assisted with 18 points and 10 rebounds.

Antonio Santiago also of Braves had 5 assists and 5 steals.

Shamarie Bascus of Ovals 2 had 11 points and 8 rebounds while Keddie Martin chipped in with 8 points and 15 rebounds.

Xavier Dalso, Kamaro Nibbs and Al Peters all had 8 points for the victors. They were assisted by Anjis Anthony and Jamarie Hastings who both grabbed 9 rebounds.

Alfred Telemaque of Vertex had 16 points and 11 rebounds while D. Browne contributed 9 points, 10 rebounds and 5 steals.

With the match being played at the JSC Sports Complex, Steadroy Graham led his team with 17 points and 7 rebounds.

United’s John Samuel had 14 points and 9 rebounds while Tyrone Albertine chipped in with 11 points.