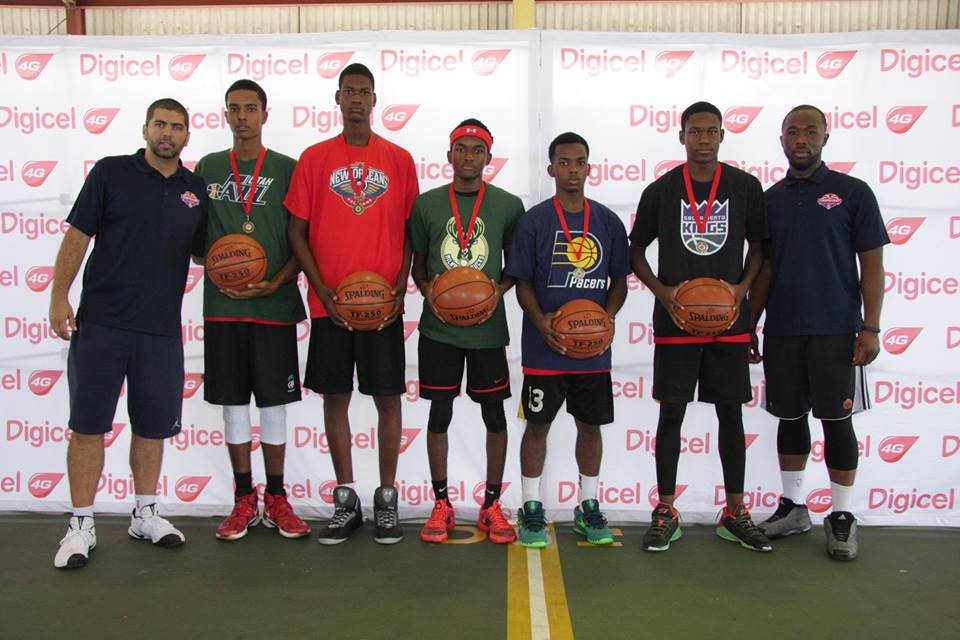 Mico Scotland, Alexis Jackson, Anthony Greer, Lincoln Weekes and Ahmani Browne were named as the successful under-16 boys while Timna Phillip and Britnay Gore were the successful female participants.

“We had in excess of 60 youngsters per day participating in this event and it was just totally fantastic. I think they had a great time as well just being in that environment and they were going through drills they had probably gone through already with their coaches, but environment makes a hell of a difference,” he said.

“I think they participated well. They were very responsive to what the coaches were instructing them to do and I think all in all it was an excellent weekend and [bodes] well for the future of basketball in Antigua & Barbuda.”

Matthew the lamented the fact that the planned coaching clinic that would have given local coaches an opportunity to rub shoulders with those plying their trade in the NBA, did not materialise.

“We did, however, have some of the schools’ coaches on hand and they played a very instrumental role in assisting the coaches from the NBA in terms of working with the children,” he said.

A number of players from the sister isle of Barbuda, Matthew revealed, failed to make the trip to Antigua for the weekend initiative although five from Montserrat were able to make the journey.

The association he said, will investigate the circumstances surrounding the no-show of the Barbudans.

“Those from Barbuda never showed and I’m not sure why, but they were down to be here so we would have to look into that during the course of today. We don’t know why they never came, they just did not appear. We had the names and everything … so I suspect something happened obviously,” he said.

Following the elite camp in St Lucia, the top eight boys and the top five girls will travel to the USA for a final camp with NBA coaches while getting the opportunity to watch NBA games.