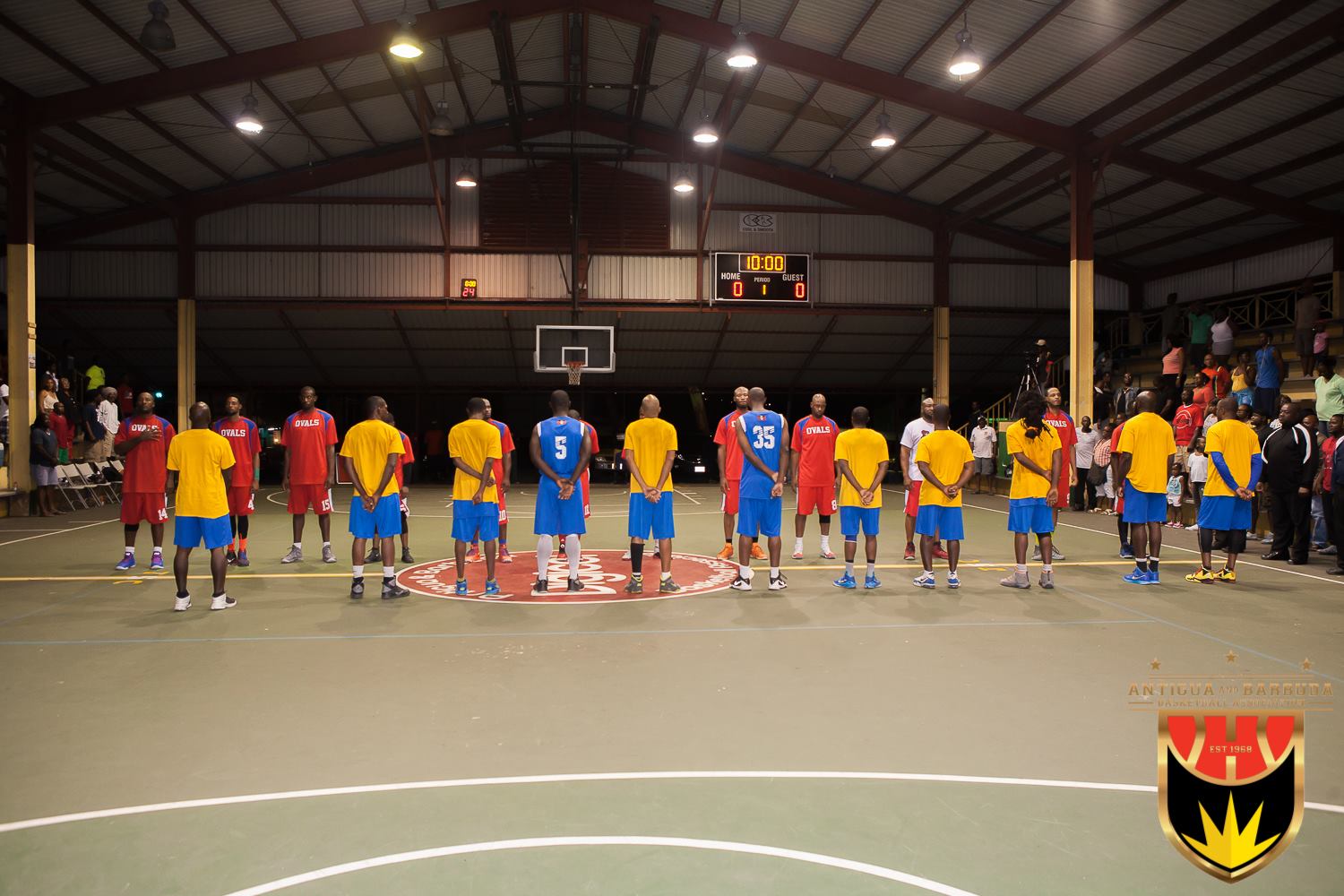 Defending champions F&G Trading Cuties Ovals Ojays continues to dominate the division one league in the Antigua & Barbuda Basketball Association now ending the first round with an unblemished record.  The 9-0 streak was cemented on Sunday evening at the JSC Sports Complex as they defeated H.U.F Baldwin Braves, 88-83.

Ojays, were left without key player and captain Bryan ‘Hollywood’ Matthew half way through the game after he sustained an injury but still dug deep, fouling out key player for Braves, Lennox ‘Termite’ McCoy late in the fourth quarter thus ensuring the victory.    They were led by Adissa ‘Ras-I’ Harris 14 points and 3 steals and Kareem ‘Macky’ Edwards 14 points.  Neville ‘Plucky’ Martin chipped in with 12 points and 11 rebounds and Marlon ‘Buju’ Charles scored 12 points and had 6 assists for the victors. Braves’ Lennox ‘Termite’ McCoy had 24 points, 15 rebounds and 4 assists.  He was assisted by Kevin Francis who scored 13 points and grabbed 13 rebounds.  Damien Floyd also of Braves had 12 points and 8 rebounds in a losing effort.

In other match on Sunday Big Banana Express edged out Ahkimo 63-62.  Ahkimo could not secure their first win of the season as they missed an easy layup in the dying seconds of the game.  They were led by Sergio Symister with 14 points, 8 rebounds and 3 steals.  He was assisted by Daviae Aaron who had 11 points and 4 steals and Carlton Albert with 10 points and 9 rebounds. Also on Sunday the Association honoured two longstanding sponsors to basketball the Hon. Baldwin Spencer and Jeff Hadeed.  Both Spencer and Hadeed have sponsored the Braves and Express teams for over twenty years and as a result of this there support was recognized as they received plaques during the half time break.