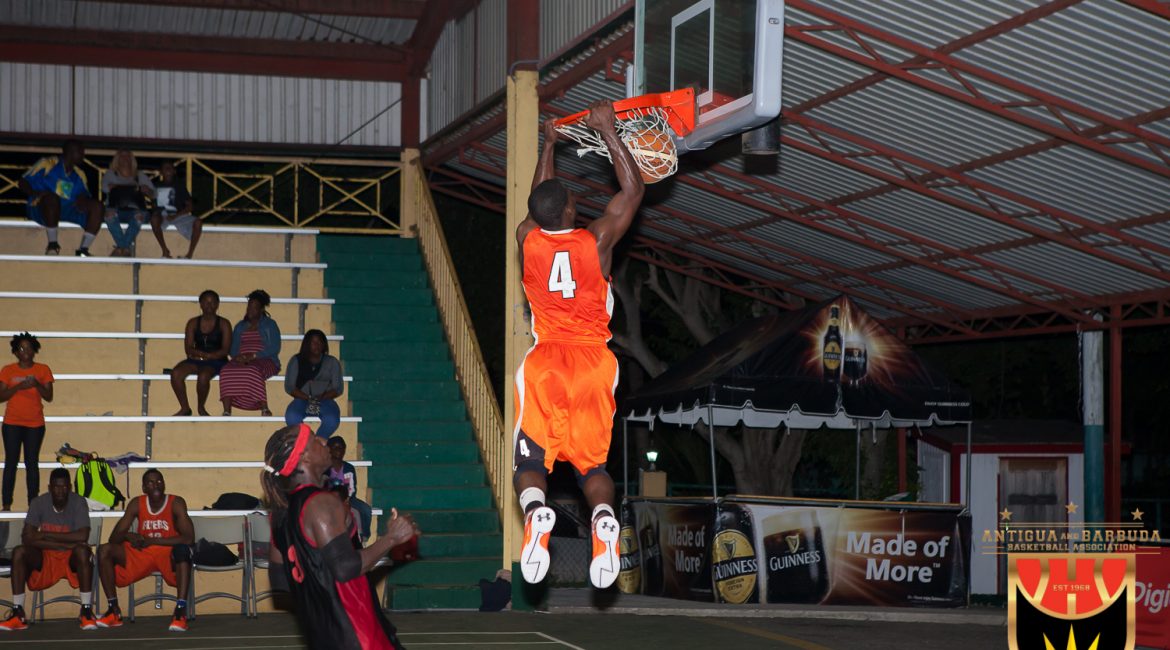 Both teams remain undefeated with their latest victories coming over the weekend.

On Thursday night, both teams were in action as Flyers defeated Ottos Full Throttle, 69-55 while Ojays trumped Freetown Travellers, 80-56.

Selassie Brathwaite was the leading scorer for the orange men with 16 points and 11 rebounds while teammates, Adonis Humphreys and Steven Matthew contributed with 14 points and 10 rebounds and 12 points respectively.

Warren Bogle of Full Throttle had 14 points and Akeem James grabbed 11 rebounds in a losing effort.

Devorn Benjamin assisted with 14 points while Captain Bryan ‘Hollywood’ Matthew chipped in with 11 points and 8 rebounds.

The action continued on Saturday night as Flyers picked up another victory. This time, over Yorks Crushers, 79-57.

Adonis Humphreys led the orange men with 25 points and 18 rebounds while Steven Matthew assisted with 14 points.

Crushers’ Cohen DeSouza had 15 points and 15 rebounds with Kebo Orford and Davidson Beazer chipping in with 10 points each.

Ojays blew out Harold Lovell Rockersville in the feature match on Saturday at the JSC Sports Complex defeating them 98-46.

Ariel Quallis had 15 points, 6 rebounds and 8 steals for Rockersville.