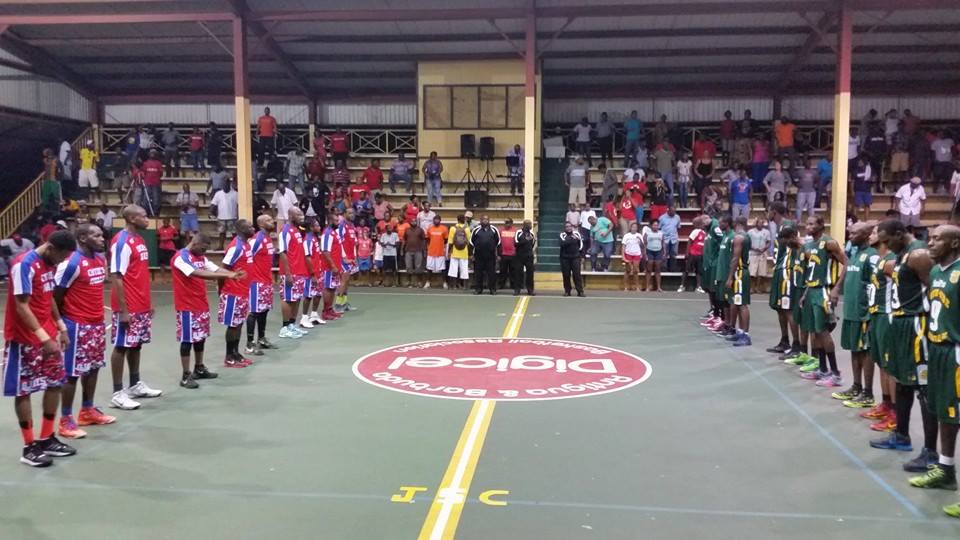 Defending champions, F&G Trading Cuties Ovals Ojays drew first blood in the best of five division one playoff finals at JSC on Sunday night defeating L J Northside Stingerz, 71-61.  With a packed crowd of supporters for both teams, the Ovals men flaunting a very colorful uniform resembling that of the Harlem Globetrotters did away with the rookie team even with the absence of key player Derricion Anthony.

Kareem ‘Macky’ Edwards was the leading scorer with 18 points.  Veteran Marlon ‘Buju’ Charles had 13 points, 8 rebounds and 5 steals, Captain Bryan ‘Hollywood’ Matthew had 12 points and 9 rebounds and Eric ‘Lebron’ Joseph chipped in with 12 points and 5 rebounds for the victors.

Stingerz’ Mario Davis returned from injury with a 16 point effort with support from his brother Mahijah Davis scoring 14 points and grabbing 10 rebounds. Chaz Samuel assisted with 13 points and 6 steals and Coy Quinland contributed 11 points and 8 rebounds in the losing effort.

Game 2 of both finals will be on Thursday night at JSC starting at 6:30pm.