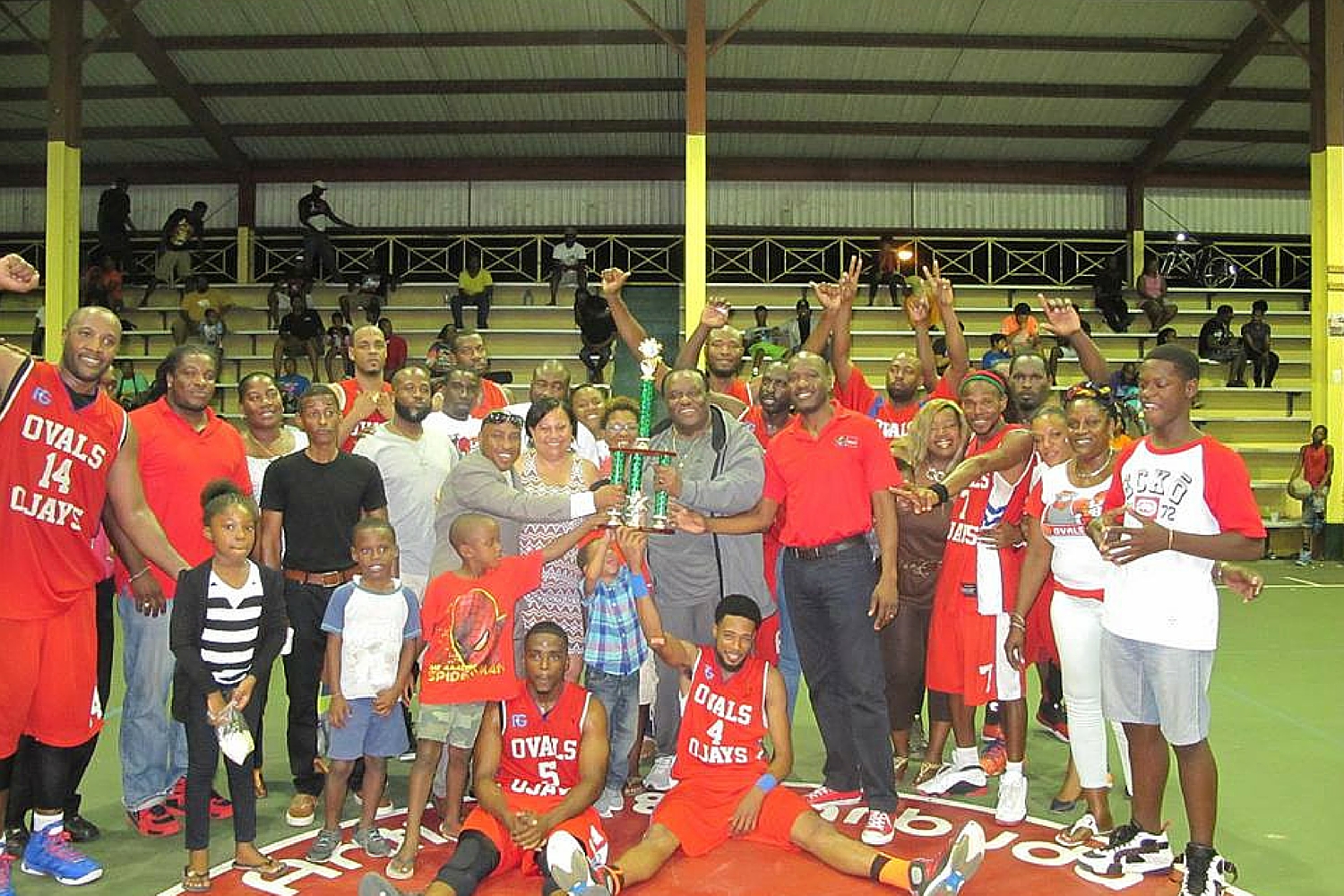 F&G Trading Cuties Ovals Ojays can add another trophy to their shelf as they were recently crowned the “2016 ABBA Division 1 League Champions”.  Ojays, who won the double last year,  defeated H. U. F. Baldwin Braves, 75-73, at JSC on Thursday in a nail biting match to hoist the trophy for the second year in a row.

It was a buzzer beater tipped in by Captain Bryan ‘Hollywood’ Matthew that secured the Ovals men the title.  Fans, players and management along with longtime sponsor the Hon. Steadroy ‘Cutie’ Benjamin, gathered center court as they were awarded the trophy by President of the Antigua & Barbuda Basketball Association Daryll Matthew.  The defending champions will look to repeat what they did just a year ago as they prepare for the Playoffs which will begin early this week  at JSC. In the other nail biting  match at JSC on Thursday, Sanipro Northside Stingerz upset former champions, Flyers Basketball 68-65.  This win was a much needed boost for the newly promoted team who will do battle in their first division one playoffs.