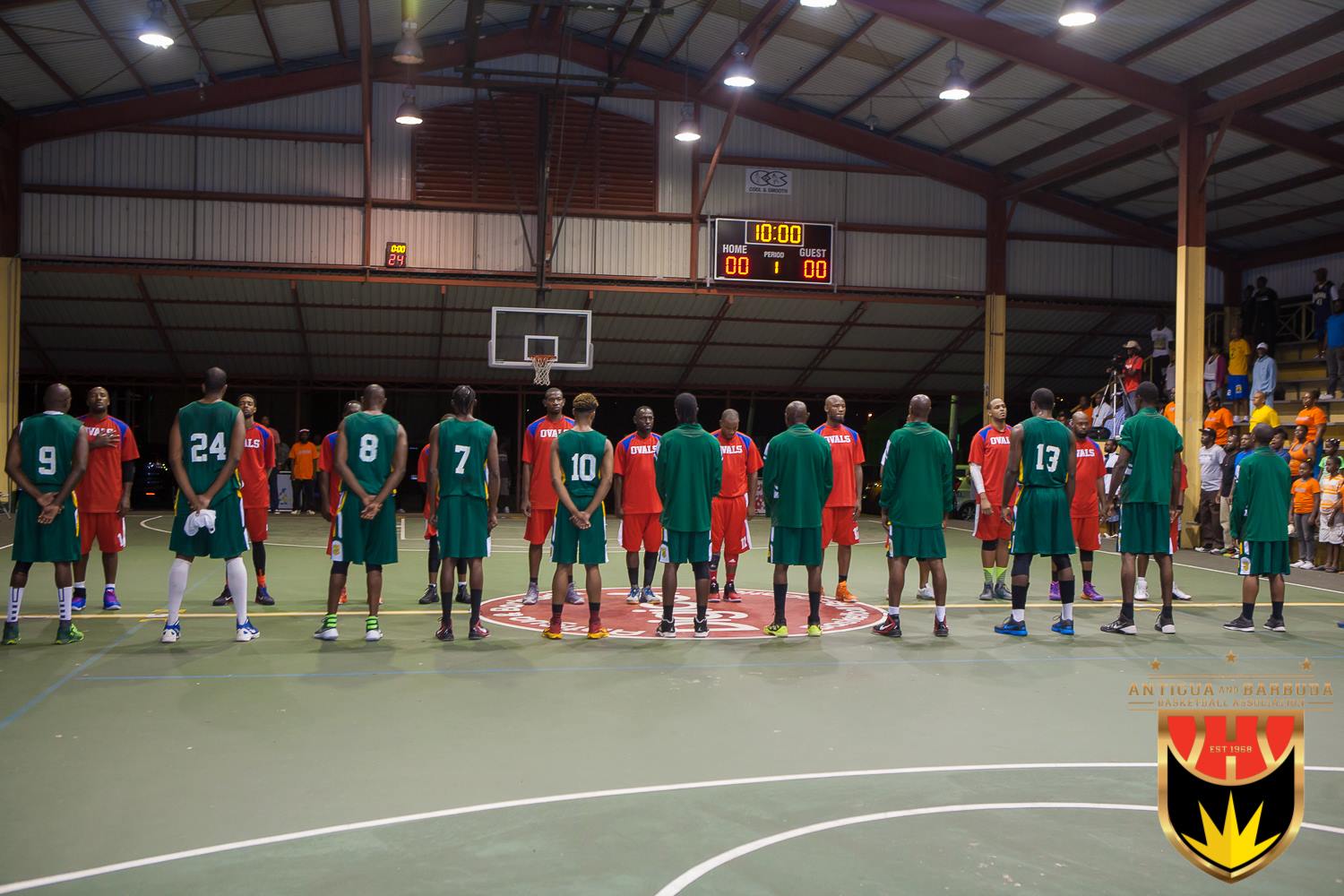 It was “Clash of the Titans’ Sunday evening at JSC in division one of the Antigua & Barbuda Basketball league as the top guns battled it out.

In the first clash, H.U.F Baldwin Braves edged out Flyers Basketball, 73-72.  Both the Braves and Flyers fans were out in full force cheering on their team but it was a last minute effort by Braves that secured the win. Led by national player, Lennox ‘Termite’ McCoy with 23 points and assisted by Kevin Francis’ 11 points and 7 rebounds, Ariel Quallis’ 10 points and Damien Floyd’s 15 rebounds the Grays Green men triumphed proving experience conquers youth. Flyers who should be commended for their efforts were led by national player, Kenya Achom with 26 points, 13 rebounds and 5 steals.  Selassie Braithwaite chipped in with 12 points and Ishan Peets with 10.

In the feature clash, the defending champions, F&G Trading Cuties Ovals Ojays battled it out with Sanipro Northside Stingerz 67-66. Ovals are now the only unbeaten team in division one with an 8-0 record with just one game to go in the first round.  The champions however began the game flat and found themselves behind by some 22 points but as we all know we should never doubt the heart of the champion and despite Mario Davis’ 19 points and 10 rebounds and Mahijah Davis’ 12 points, 6 rebounds and 4 steals the guys in red dug deep and secured a win.