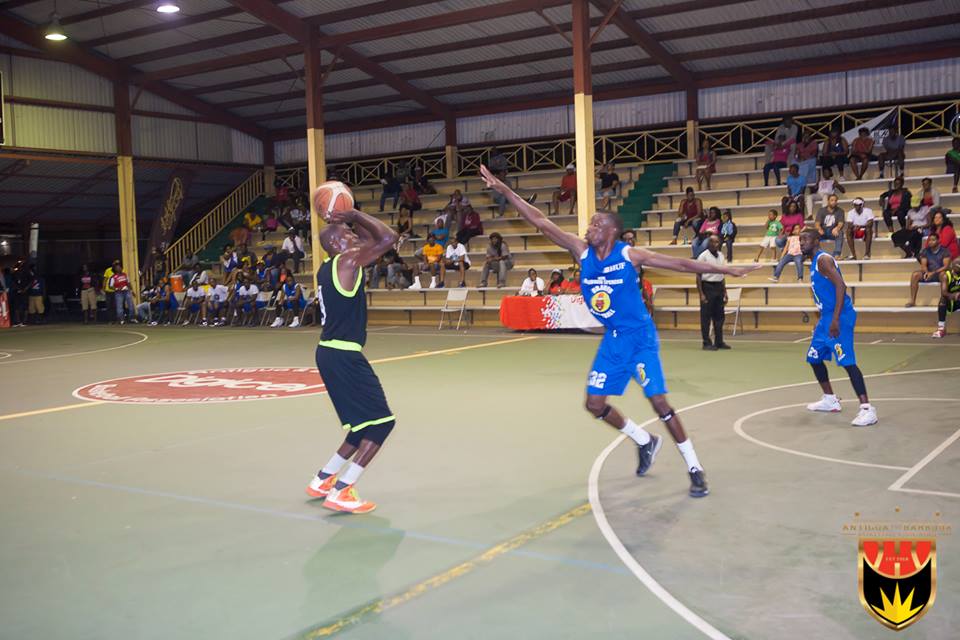 In a close encounter, Stingers clawed their way out of a 17-points deficit to defeat the star-studded Hands Up Foundation (HUF) Braves 72-69 with the final shot being a three-point buzzer beater from veteran and former national player Mahijah Davis.

Davis ended with 16 points and 11 rebounds in the winning effort but Coy Quinland led the charge with 18 points and seven rebounds.

Coach of the Stingers team, Irwyn “Wanga” Armstrong, praised his players for showing experience in a pressure situation.

“We had the ball with six seconds to go and the instructions was to make the right play or at least, don’t turn it over but get a shot. I was settling for overtime because with Lennox off the court I think we had a good chance of going to overtime so I wasn’t really particularly worried,” he said.

“The experience of Mahijah, he saw the shot and he took the shot and that was the instruction because we have players that can make big plays,” the coach added.

Braves was led by former national giant, Lennox “Termite” McCoy, who had 17 points and 14 rebounds. He was supported by national players Vivian “Boast” Destin and Lindsay McDonald with 16 and 15 points respectively.

Matthew said that in this case, knowing your opponent went a long way.

“We were prepared…We made a few adjustments because earlier, in the first quarter, they employed a good strategy and what we did is just make a tactical adjustment and turn the cruise a little bit [slow the game down] and we were able to run away with the game. But sometime the score-line tends to give a bad reflection of it. We had to work hard and every time we made some distance they tried to close the gap but we just had to dig in a little further until the game was out of reach,” he said.

Steven Matthew led the way for Flyers with 24 points, while Adonis Humphreys picked up 17 points and 13 rebounds.