Stingerz move on to first division one semifinals 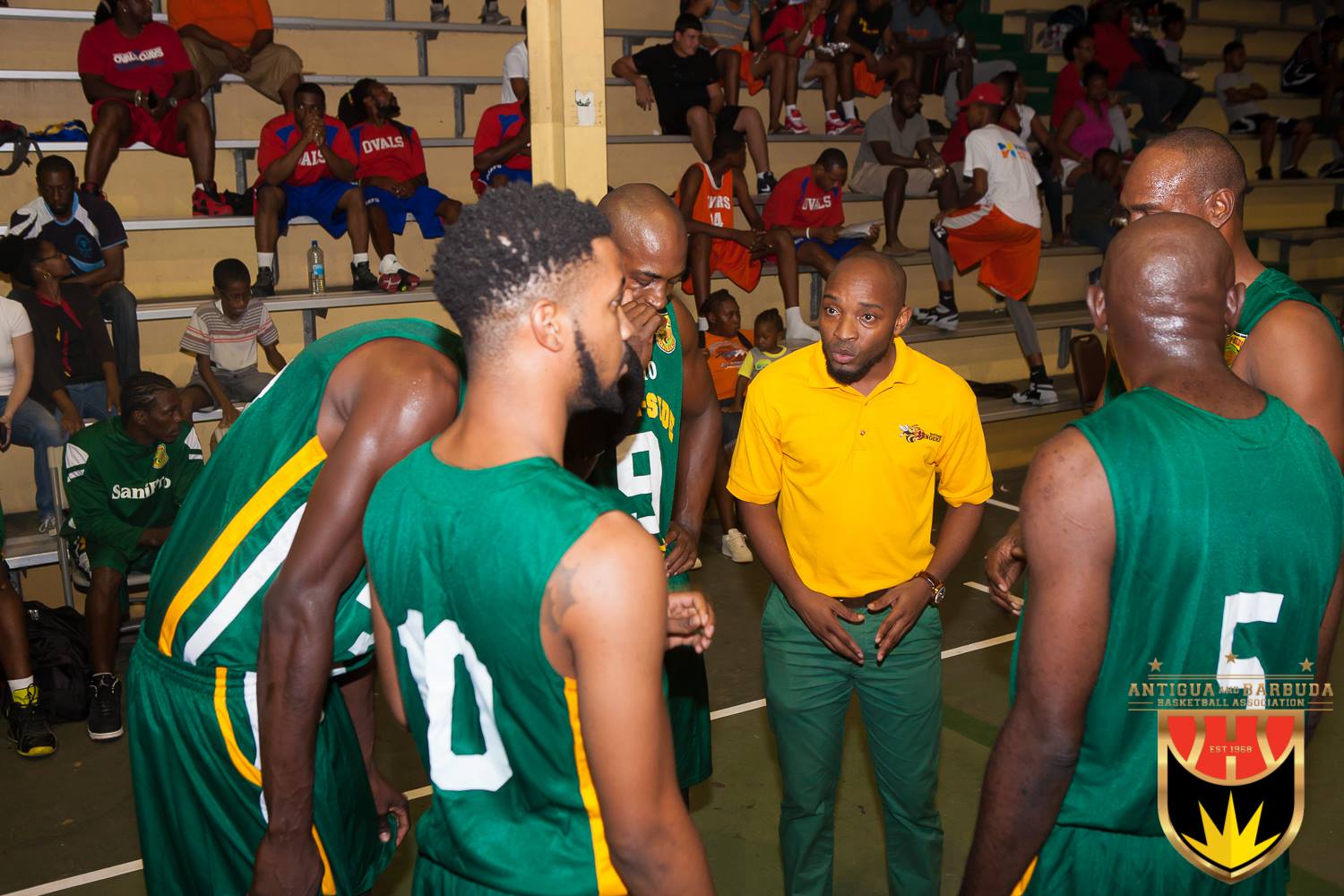 Sanipro Northside Stingerz continue to make an impressive run in their first season in division one of the Antigua & Barbuda Basketball Association now advancing to their first playoffs semifinals.  The men in green defeated their neighbors Yorks Crushers 71-51 on Monday night at JSC.  Led by Felix Hamilton’s 14 points, 6 rebounds and 4 assists and assisted by Desmond Spencer’s 14 points and Eric Henry’s 11 rebounds the men in green stung Crushers hopes of a Cinderella story.

Deandre Connell of Crushers had 12 points and 8 rebounds.  Brian Aaron scored 11 points and Jamie Harris assisted with 10 points and 15 rebounds in a losing effort.

H.U.F Baldwin Braves did away with their longtime rivals Big Banana Express 79-60 to move on to the semifinals.  Braves who had the return of national player, Clinton Joshua outplayed their noisy neighbours in a physical battle with Lennox ‘Termite’ McCoy leading the charge with 21 points, 3 assists and 3 steals.  Kevin Francis assisted with 16 points and 6 rebounds, Damien Floyd contributed 17 points and 10 rebounds with Terry Roberts grabbing 12 rebounds.

Express’ Xavier ‘Xman’ Meade had 11 points, 14 rebounds and 5 steals.  He was assisted by Lindsay McDonald with 16 points and Anthony Boyd with 10 points and 9 rebounds.

The semifinals will play on Thursday night with a best of three format.  Sanipro Northside Stingerz will face Freetown Travellers at 6:30pm while the defending champions, F&G Trading Cuties Ovals Ojays will battle H.U.F Baldwin Braves at 8:00pm.  Both games will be played at JSC.